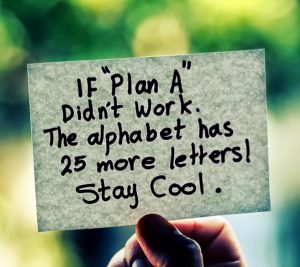 The Free Agency cavalcade of Salary Cap dollars begins its overflowing waterfall of financial ferocity Friday morning at midnight. There are only so many ‘top tier’ players available and maybe using a plural is a bit generous. Kevin Durant is THE top free-agent and whether someone else might be a better fit is up to each individual team. Any team would love to have him but he is only realistically going to a small handful of teams and that might really be just 1 or 2. People forget that LeBron James is also a free-agent but that is mostly because few think he is going anywhere but back to Cleveland.

For purposes of this discussion, we will only look at unrestricted free-agents because of the ability of teams to match a RFA offer sheet if they so choose. After Durant, there is a step back to big men Dwight Howard, Hassan Whiteside, and Al Horford, and there are a surprising amount of solid big men in an NBA that seems to be phasing that position out somewhat. So if Portland is unable to get one of those top tier gems behind Durant, then what?

Pau Gasol: At 35, he is outside of Portland ‘age-range’ even for a veteran player. Probably ends up with the Spurs anyhow.

Al Jefferson: One of the few true low-post big men left in the game. Not a real defensive center and at 31, is slowly heading into the downhill side of his career but is someone you have to game-plan for down on the block.

Joakim Noah: One of the few multi-dimensional centers available. Can play defense, is a very good passer and can score a bit. All of those things would be very attractive if he weren’t so injury prone, but Noah has only played 70+ games once in the last 7 seasons an at 31, isn’t likely to be getting more healthy as he gets older.

Bismack Biyombo: What a difference a couple of games can make. In the last 11 games of the regular season, Biyombo didn’t get into double-digit rebounds one single time. In the Playoffs, after an injury to Jonas Valanciunas, the 6’9″ backup with the ridiculous 7’6″ wingspan had 8 games in double digits including one monster game of 26 boards, 8 on the offensive end. To think a backup with no offensive game whatsoever would be up for possible a max contract speaks to how much money is out there for teams to spend and what it will cost to get even solid bench players this summer.

Zaza Pachulia:Zaza had a bit of a resurgence with the Dallas Mavericks this passed season, getting over 8 points and 9 rebounds per game. He is a physical center that will bang you but also will block less shots than almost any other center in the NBA. Pachulia will be 33 next season and if Dallas strikes out with bigger names or someone goes DeAndre Jordan on them again, Zaza could very well return to the Mavericks.

Ian Mahinmi: One of the better starting defensive centers in the league, his stats won’t jump out at you. 9 points, 7 rebounds and a block don’t seem that great but his defensive presence is bigger than his initial numbers would suggest. Mahinmi developed later in his career and will be 30 this coming season. That said, he might be one of the ‘less expensive’ options available for teams needing a big man whose contributions will have a solid effect on the rest of the team.

If the Blazers miss out on either Howard or Whiteside, Mahinmi seems like an Olshey type of signing as he will provide the defense the Blazers desperately need. He should have a less expensive price tag and is close to that age range that fits with the rest of the roster.

Demar DeRozan: Won’t spend much time here because he isn’t even meeting with teams other than Toronto at this point. A struggle during much of the Playoffs did nothing to increase his desirability.

Harrison Barnes: I’m not including Restricted Free-Agents but will make an exception here. If Golden State makes a run at Kevin Durant, they will have to renounce Barnes. They could get caught in an interesting situation if Durant doesn’t make a decision right away and another team offers Barnes a max contract on day 1. In fact, it could get interesting if Durant strings GS along only to return to the Thunder and thereby potentially hurting their biggest rival in getting to the NBA Finals. For someone getting a ‘max’ offer, Barnes has not done a lot to warrant such rarefied air. 11 points, 5 rebounds and less than 2 assists does not scream franchise-like player but that is what this huge cap increase will cause. Some think he will do much better on a team where he isn’t the #4 option but that remains to be seen. Portland might be a good place for him to stretch his wings in being a legit offensive option while not having to be ‘the man’.

Chandler Parsons: Like DeRozan, probably returning to his former Mavericks. Parsons has been raving about Dallas since the end of the season and most can’t see him going anywhere else.

Nic Batum: Most likely a return to Charlotte where he said he “finally got to play the way I wanted to” although if Golden State comes knocking, that will be an interesting decision.

Ryan Anderson: The epitome of a ‘stretch-4’, Anderson avoids the paint like it is ground zero for the Zika virus. 17 points, 6 rebounds and an assist with 5+ 3-point attempts per game, he can be streaky but when he is on a roll, can hit ‘3’s from anywhere.

Luol Deng: He seems much older than 31 as Deng will be entering his 13th season. Still a solid SF with good all-around skills, Deng will likely look for a contender to play for if not returning to Miami.

Kent Bazemore: A 3-n-D guy that is so en vogue these days, Bazemore would fit right in with the young Blazers especially if they were to lose Allen Crabbe to an insane offer. Bazermore can shoot it from deep, play defense versus multiple positions and also create a little, as well as set up teammates. At 26, he would seem to be a great fit in Portland.

If the Blazers were to lose Leonard, Ryan Anderson might be the pick here.  If it’s Crabbe that ends up leaving, Bazemore slides in very well. Anderson will likely garner a pretty sizable offer and Bazemore is probably in the $10-12 million range.

Since Portland has historically not been a destination for top tier free-agents, finding the right pieces at the next level down is vital in at least keeping the progression going forward.  Plumlee (trade), Davis and Aminu were all nice additions last summer but those are all role players and if Portland is to take the step up to where the Warriors, Thunder, Spurs, Cavs and Raptors are, they will need players that can make a significant difference.