Now that Kevin Durant has gone with the, “If you can’t beat ’em, join ’em” approach, the rest of the West must be wondering what’s the point of the season. The Warriors just added Durant to a team that won 73 games last year. Regular season games might now be a good chance for opponents to rest their starters for the next game. Why not, right?

There might be a way to compete with Golden State, though. OKC was up 3-1 on the Warriors until Westbrook started not wanting Enes Kanter on the floor, and both he and Durant went extended ‘hero ball’. Since Golden State will have the small-ball version of the game all but wrapped up, why not go with something no one else is doing? Go big — Do the Opposite!

Steven Adams, Kanter and Serge Ibaka were causing all kinds of problems for the Warriors on both ends of the court. Going small against them in the next couple of years will be suicide, so attack them at their weak point. Bogut will be gone, Ezeli will be gone, and they were the two biggest defenders on the roster. Even perimeter-oriented Marreese Speights will likely be a casualty of the cap dance necessary to get Durant on the roster.

Get long, mean, tough and employ traditional playoff basketball to combat their video game style of play. It won’t work in the regular season where the refs seem to blow the whistle if you even breathe on a superstar. But playoffs are a different matter, and by then, you’ve had a whole year to implement the new strategy.

At some point, there has to be a ceiling on jacking up 30-40 three-point shots per game, and maybe that is a slow-down, high percentage shots, ‘we are bigger and stronger than you’ approach. Because for the meantime, no one is competing against the Warriors’ in small-ball.

Of course, doing this will guarantee exactly nothing, but in a world of follow the leader, ‘Doing the Opposite’ might be worth a shot. 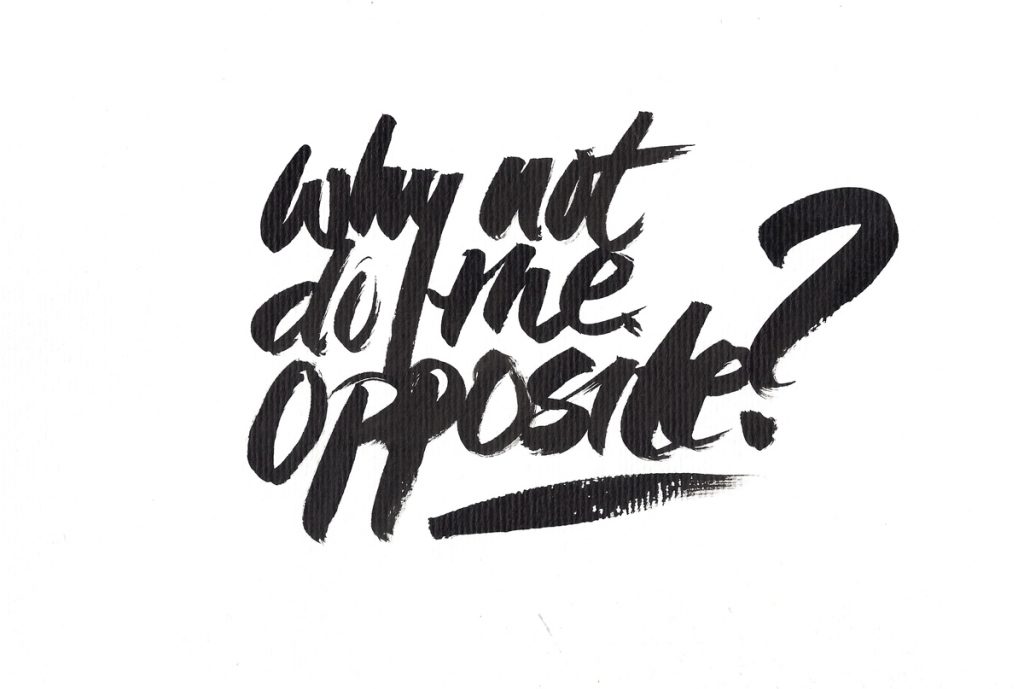