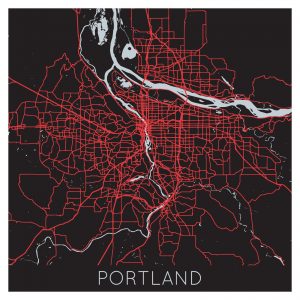 Sometimes there is a reality, that whether fair or not, just isn’t very palatable. There are no sour grapes here, and one tries to take enough time after an event, to come down from the initial emotional or knee-jerk reaction so as to remove the euphoria or Debbie-downer aspect. Some cars are just more expensive even if they don’t perform better or get better gas mileage. Real estate costs more in some places just due to location even though traffic may be terrible and the area is not as clean and safe as it once was. That is not being negative. It just may be the reality of the situation.

What does that have to do with the Portland Trail Blazers? Blazers fans have lost track of how many years it has been since they were able to celebrate a ‘star’ free-agent signing. Good record or bad, star player or not, overflowing salary cap money or just a mid-level exception available, it doesn’t seem to make a difference. Sadly, for whatever reason, Portland is still not a destination city for NBA Free Agents.

Is this an up and coming Playoff team? Check. How about a team with a young roster that has experienced success but is still getting better? Another check. Amenable stars that players respect? Check again. Marketing or endorsement opportunities? That also has been proven to be on the rise as of late.

So what is the issue? Is it the tax rate? You don’t see free-agents flocking to LA or NY (two of the few cities with a higher tax rate than Portland). But they are also franchises that are in the midst of being a disaster due to a single player that may have helped run their franchise temporarily into the ground. In Kobe’s case it was still wanting to be the star well passed the time his body would allow such. In NY, it seems it may just be a case of ‘Melo being ‘Melo. Boston also hasn’t attracted major free-agents for a bit and you can add miserable NBA season weather to go along with being another of the highest taxed cities in the NBA. Minnesota and Chicago round out the least friendly tax locations and not a lot of free agents have been flocking there either. So combined with very poor weather during the season, and the fact that none of the above cities has been that great in the last few years, perhaps we are seeing a trend.

Portland isn’t quite to the level of those cities from either a tax standpoint or in terms of inclement weather (thought it doesn’t put them high on the destination list, either). What else could it be?  Of the cities above, only Minneapolis is less populated so it could be a small market issue to be sure. Is it location? Portland joins Utah and Denver as being the one of the most isolated NBA cities in the country. What about culture? You often hear about how young NBA players don’t find much in Portland to identify with or that there isn’t much hear for them to do. Portland is also one of the less diverse cities in the NBA so that may also be a point of contention. Add all of this together and none of those factors would seem to be in Portland’s favor.

Maybe we can start to understand what Neil Olshey is up against every summer when it comes time to recruit free agents. Get players to Portland in the summer and the weather and natural beauty may have a positive impact; in most cases however Blazers management is meeting these players in big-market cities far from Portland. I don’t blame Neil for missing out on players like Greg Monroe, Hassan Whiteside, Dwight Howard, Chandler Parsons.

If I had a beef, it would be with the way he trades away Draft picks when historically, that is how the Blazers have acquired their best players. Walton, Bowie, Drexler, Porter, Kersey, Robinson, Sabonis, Roy, Aldridge, Oden … some of these players had their careers cut short, but there was little doubt about their talent,and not one of them came here by way of a trade or free agency. A franchise like Portland needs its Draft picks in the worst way as, it is one of the few ways to ensure actually having control over getting a player and once they are here, they often really like it. So many former Blazers have lived here or returned to Portland after their playing days are over. You just have to get them in the door.

So for now, Portland must accept that they just signed a bench player who was the #31 ranked free agent to a deal that will make Evan Turner the 2nd highest paid Blazer on the entire roster. The former #2 Draft pick certainly has some versatile skills and may help the Blazers this season. That is not the point, here. The discussion is that with a very good head coach, a GM who seems well liked by players around the league, one of the richest owners in the NBA, a tremendous fan base and tons of salary cap money to spend, Portland still is unable to even get a meeting with some of the higher ranked, more impactful free agents each summer. Perhaps that will change if Portland is able to become more of a contender or if Damian and CJ really step up their recruiting efforts throughout the year.

Like it or not, Portland is just not a destination spot, yet.