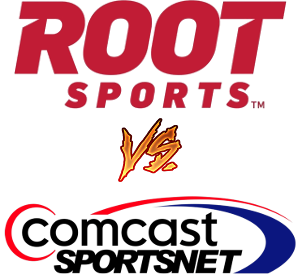 According to an article in the Seattle Times, “The Blazers’ problematic 10-year, $120-million deal with Comcast expires after 2016-17. Sources say the team will announce within a week or two they’ll join Mariners-owned ROOT Sports Northwest on a partnership with enhanced distribution of Blazers games.

The attractive part of ROOT Sports, which the Mariners own 71 percent of, is that DirecTV is a 29 percent minority partner. DirecTV uses a satellite-based distribution system blanketing a multi-state territory that includes Oregon and Washington.

Comcast has cable-based distribution, requiring physical cable lines to be run underground to its customers. It’s impossible to run lines throughout multiple states, requiring Comcast to cut distribution deals with rival networks to carry Blazers games beyond a limited territory.”